Why there is no conflict in criticizing one's own culture and participating in it: Rebuttle to popular perception of an atheist 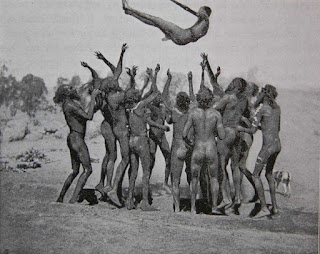 What makes me celebrate life cycle rituals while I simultaneously question the foundation of the cultural logic of Hinditva? It is complicated because each of the answers given can be interpreted as soft Hinditva, or even hypocrisy. Let me make it very clear from beginning that celebrating each of the life cycle rituals is a conscious and informed decision. It is not to please anyone and even though not celebrating them would hurt the feeling of many, but it was not intended to stop that. Here lies some of the thoughts that crossed my mind while I took the decision during my marriage and now for celebration of the introducing the solid food to my son.

Let me quickly pose the thoughts behind my decision.

A. Let me reveal how do I perceive these rituals. While, biologically life is a progress towards degeneration, socially and mentally we do not perceive it as such. We rarely know when we are ready to accept another massive change in our life. When we are into that phase of uncertainty, what Arnold van Gennep calls we experience liminality. Functionally speaking these rituals is a great way to remind you about the possible changes in life.
Question from point A: Those who disregard cultural traditions, are completely immune to any sort of traditional practices (in the strict sense of the term)?

B. I happen to be an anthropologist by training. I live with an uncertainty and taking positions while I see cultural practices is near impossible for me. I remember this is precisely the reason I found it difficult to grasp the idea of Human Rights is even possible in a world filled with so much of diversity. I wrote exclusively on this uncertainty in a post concerning human rights when I was given a task to taught a course on human rights in the University of Calcutta (http://sumananthromaterials.blogspot.com/2010/06/anthropology-and-human-rights.html).

When I go to particular cultural settings, I often search for their traditions, and I have always been taught and seen that festivals and life-cycle rituals are phases when one get to see long trail of traditions. We often find ourselves expressing sadness as we see the 'dynamic' dimension of culture, rapidly transforming the cultural traditions of the remotest of the corners. what about us? What is so special in disregarding one's own tradition? I do not find it conflicting in so far as I am not violating any of the rights and not causing any disturbance or harm to anyone.
Question from point no. B: Related to point A, can we really go out of the traditional cultural practices? What is so special about going beyond the traditions and embracing and generating newer traditions? - perhaps invented traditions (as Eric Hobsbawm might say)

C. does questioning something exclusively prevent you from practicing it? One can question it and still practice it and practicing it often gives more detailed understanding of what you attempt to question. So as to make it amend, twist, change and question more effectively. While I see traditions as nothing but social constructs, I also know everything is a construct. Constructivism is so deeply ingrained that the very attempt of writing this blogpost is nothing but a response to another form of social construct.

Question from point no. C: I know people who find it effective to question cultural traditions embrace a different cultural tradition to find it fashionable. I know myself as a quasi conscious being to not to accept capitalism unhindered and I enjoy a drink or two at highly expensive pubs to celebrate weekends. Do we really practice what we think might have been ideal?

D. Look at the functional dimension of the rituals/celebrations (in broad sense of the term). You tend to gather people, they talk to each other, you got to see each other, and find time to revisit to your nostalgia. If this has to be done,  for me it has to be done in a way that I can learn one thing or the other about our own tradition. Whether I being an atheist/agnostic or a believer, I got to know my traditions and this is one good opportunity to do so.

E. no matter what religion you belong to, that religious practices are in no way near to the fundamentalist forces that claim to work on behalf of that particular religion. Be it Hinditva or Taliban forces, their operations are way too complicated to go beyond the cultural practices of everyday life. Each of the practices holds special meaning and symbols associated with a variety of things, viz. division of labour, fertility, unpredictability of future and the like. We need to question them as they are no longer hold any relevance to our everyday life. However questioning them would not mean that we need to forget them altogether.

Let me now conclude by giving a couple of points to the so called progressive minds that populates the urban public sphere of educated upwardly mobile classes to think over.

1.can we really go beyond ritualistic performances altogether?

Consider your weekend celebrations, birthday celebrations and signed marrietal parties before you really create a defense to protect your 'progressive' self.

2 do you really think criticising people who practice the cultural traditions would help in bringing the positive changes in the society when you yourself is miles away from such changes?

3. Do you really think that by judging right and wrong in cultural practices and then prescribing one thing is not fundamentalism?

PC. www.webpages.uidaho.edu
Posted by Suman Nath at 4:08 AM No comments:

"There goes our last..." India and the imagined secularism

How many of us remember the movie Ice age 3, where the Dodos are shown loosing their "last female" and the "last melon," one of the Dodos could blow the whistle saying "There goes our last female", "the last melon." The frustration was there but the the whole fun filled scene could transcend the frustration of the the Dodos and spectators kept looking at Sid the funny sloth!

This anecdote, I find quite apt in explaining what we are experiencing today in India especially when BJP has lost significantly in the Hindi heartland. Mr. Gandhi says "we defeated BJP today, we will defeat them in 2019 Lokesabha polls too" (click here). Of course, those who were looking for some respite from the fast intolerant India are happy. At least these results have given numerous people to grasp some air in their lungs, in their mind too. The kind of fast and furious Hindutva and monolithic cannonical approach will definitely face stiff challenge after this result. Or will it?

Congress predecided Rahul Gandhi's temple visits in each of the poll bound states. A simple googling will show the kind of pro-Hindu image propageted by Mr. Gandhi in poll bound states. For example in Rajastan Congress declared that Mr. Gandhi will be visiting three temples (click here). Ajaj Ashraf argues that Congress is desperate to remove the "anti-Hindu" label (click here).

While I wrote on the kind of alternative Mr. Gandhi gave by hugging his opposition and challenging the masculinity of the Parliament (click here), the temple visits has been a parallel development of Congress's strategy. Whether to term it soft Hidutva, is questionable, as I find each form of mobilisation of primordial identity carries the potential to turn violent, aggressive and intolerant.

India struggles to find its way to go beyond such identities, secularism whether as "Sarba Dharma Samabhaba" or separation of state from religion seems a distant dream.

Somewhere a few of the dodos continue to echo "there goes..." secularism - our last resort. 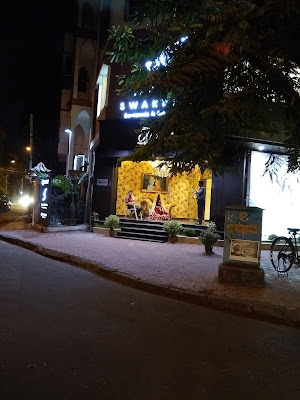 In what ways you see gender stereotypes being promoted in the late capital extravaganza? Well the straight answer would be through the projections like that of advertisements and numerous other popular media connotations like television and the movies. Yes of course, the glamourous Bollywood movies and songs of late cling on 'traditions'. The spectacle attempts to gloss away and blind the spectators from getting the glimse of what lies underneath.

It is this everydayness that defines gender roles and adds gloss to it. Yes, like everything else gender sells and so does the gender roles.

A security guard and a salesman (probably) make sense of defining how the woman is supposed to stay under the veil, never see outside without it because there is this male gaze afraid by the men themselves. Meanwhile, in a patriarchal world kaleidoscope is riding a car sharing with a couple and a baby fallen asleep on her mother's lap. Protected by the father and advised by the male cab driver about the gender roles and sacrifices of the mother.
Posted by Suman Nath at 4:29 AM No comments:

Kaleidoscope has to change his phones like everyone else after every three four years. In each of the cases the reason is the same - memory shortage. Earlier it was the shortage of memories because of flooding number of phone numbers and now because of memory  exhausting apps. Of course it is a game plan to continue kaleidoscope's requirements of a new phone.

Earlier when the phone with a camera was new in his world kaleidoscope thought it's 'hansjaru' - the famous nonsense of mixing or character by none other than Sukumar Ray. He thought what is the point of having a phone with camera while he loves photography through the real camera. Kaleidoscope being shortcited never thought camera could be so improved that even famous photographers would look for a better camera phone. It happened and then one-day kaleidoscope too bought a phone with front camera as well. His pea sized intellect again failed to realise the impact of front camera and selfie until he got transferred to a college which is also a popular selfie spot as well. with a glassy outfit, landscaping at the entrance and surrounded by shoppingmalls the place is suitable to self indulged selfies.

Meanwhile kaleidoscope notices a rapid change in the ways in which his fellow social members celebrates leisure.

Even a date is now to face the laptops and hanging out in built in space means taking selfies. There seems to be an odd man out with a cigarette in the frame.

Kaleidoscope knows like many others memories will fell short, new phones will continue to take away savings and a world of selfie-led actors will grow like the insatiable beings of his world.

There will be more selfie ready architecture percolating everywhere, pre-wedding, pre Parenthood photographs flooding newsfeeds and an increasing isolation from the world outside will continue to dominate his world as kaleidoscope attempts to immerse in his world of blogs and photos living with an illusion that he is doing something different.
Posted by Suman Nath at 8:48 PM No comments: