Making of a dictator 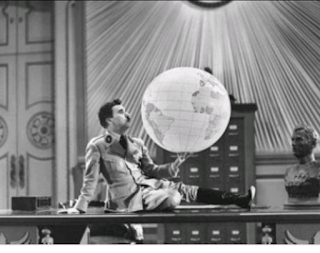 We all love democracy or do we really love democracy at all? The question often has no interesting answer. Kaleidoscope knows that he lives in a society which says that it loves democracy but deep inside many of them would love to become a dictator. Yes dictatorship is good when I am the dictator. He wishes to explore the making of a dictator. How does a dictator constructed? Does s/he born one fine morning with certain qualities to become a dictator? Or does s/he go through a series of constructs to become a dictator.
Bingo! Kaleidoscope has been able to discover the second order construct that clearly takes a constructivist perspective to dictatorship. To put simple 'dictators are constructed' they are constructed in such a way that after a point in their timeline they start believing in themselves as supreme devine authority. As kaleidoscope like others know Hitlar too had constructed 'good' reasons of saving human kind's superior species for species's continuation.
Kaleidoscope has found out certain background constructs that create a dictator.
1. The supreme assistants
Usually the supreme assistants are those who continuously harps the fact that the soon to be dictator has a supreme power. Usually the power rests in Weberian sense of a mix of charismatic and bureaucratic - legal power.
They assist the to be dictator in different ways and curbes out space in the public sphere to become specialist actors.
On every occasion when these assistants feel that there is a slightest chance of the ruler to fall back they re-emphasise the rulers authority and agency. This loop continues in so far as the assistant's position remain second most important after the dictator.
2. The circle of unreasoned followers
While the supreme ruler began to accumulate power with the help of supereme assistants a loosely connected interest groups are formed. They are the yes-men to the ruler and are usually afraid of the supereme assistant. The circle initially remains pervasive through subtle mechanisms of mutual exchange of both material and non material entities. However, when the ruler and assistant attempt to consolidate their support base they usually take no time to align themselves as per the polarised politics.
3. The hypocrites
While there is a section of unreasoned followers develop, a number of actors not being able to align themselves with supreme rulers attempt to access the benefits of the power by playing a balancing act. These are the third layers of support base for the to be dictator who ensures an interesting loose supprt base for which the dictator does not have to make any effort. These are the people usually speak against the dictator in personal sphere however, remain silent at the time of an interface. They Mostly,act in align with the purpose of the dictator or ensure their personal interests getting satisfied.
4. The whisleblowers
Whenever there is a dictator there are whisleblowers available. They happen to be the only source of space where the dictator is truly contested. However, in a polarised and hypocrite filled space whisleblowers are first ignored, then ridiculed, and eliminated, or does they?
There are times when the entire network of dictator gets challenged. The space itself transforms and the dictator has to comeback to the roots.
Whisleblowers can be killed, eliminated physically. Hypocrites and the supreme assistants can find an alternative dictator, but the dictator himself/herself has to pay for the entite system s/he has built. Nothing disappears.
Neither the silence of unreasoned followers and hypocrites  nor the whisleblowers can remain constant for ever.
There seems to be a loop kaleidoscope finds interesting to follow until he is eliminated for being one of the whisleblowers.
Posted by Suman Nath at 12:24 PM No comments:

Increasing religiousity and the world with information 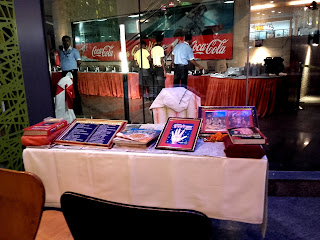 How information age and increasing religiosity connects?
Information happens to be the mechanism having potentials to reduce uncertainties. It  underlies the very nature of information age of our times. We are happy to be under surveillance because a) we have an urge to show how better we are than others b) we like to see others and participate in an unconscious competition of being happy/fulfilled/rich/intelligent  and so on c) we like to get appreciation through 'likes' comments and 'loves'.
We are supposedly living in an era of late capital technology driven world of impersonal, purposive and contractual bonds. We are supposed to be rational and calculative in every sphere of our lives. We are having increasingly greater control over what happens to us and how does it happen?
Technology seems to answer most of our existential uncertain questions. For example through tests now we know that its the influenaza that is causing fever and not some supernatural forces being applied to us causing the body to raise its temperature. Similarly you know with a certain degree of certainty about your future possibilities.
Well technology seems to occupy the same cognitive plane where religion dwells. Almost through the entire humanity humans invented Gods/ supernatural powers, being, forces to reduce the uncertainty within our insanely uncertain existence. All major religions of the world at one point or the other have legitimized ethnic cleansing and conversion, cultivated hatred, and most of them at present have multiple organizations in different social fronts to subtly promote such polarisation and hatred.
There is a polarisation in technological knowledge base as well. For example a close affinity with technological knowhow works as the 'cultural capital' in a knowledge base hierarchy of habitus.
The age of reason, followed by positivism, in their grand narrative supported by cliche 'enlightenment' claiming the dark age behind promised a future of logic and reason. Centuries after we hardly find any significant change in human beings' dealing with uncertainty.
The age of information instead of giving you access to the supposedly stable world of orders pushing you further towards an exposure of uncertainty.
Uncertainties are manifold now. Even after getting educated with highly demanding field your potential openings can be withered away by the inventions in artificial intelligence  and automation. You are never sure about your position in your relationships neither you have any control over your body. Moreover, even those seemingly controllable spheres like your spending habits, reading habits, learning capabilities, knowledge base, network with interested others are out of your control at present.
Hence, what we are left with is a gigantic world of information that instead of giving us a sense of security creating alternative spheres of uncertainty, desire and helplessness. What is termed as VUCA (volatile, uncertain, complex, ambiguous)helps proving the expectations of the proposers of enlightement. Religion and science seem to work perfectly in compatible with each other. Science is creating deep dimensions of VUCA and people keep on embracing religious belief systems.
This is precisely the fertile ground for organized religion to flourish. It is expected that we will experience even greater role of organised religion and perhaps increasingly stronger effects of the same.

Pic. A palmist inside a shopping mall in 2017 Kolkata.
Posted by Suman Nath at 1:48 AM No comments:

Lawns as food to the Past - juxtaposed New Town, Rajarhat

Kaleidoscope finds it interesting to teach in the heart of the built in city of New Town Kolkata. There are all sorts of juxtaposed realities co-existing here and there. The 'useless' green lusty lawns as a public space (click here), a cup of coffee in a simulacra (click here) and finally the challenges of teaching in a juxtaposed space (click here).

Today, Kaleidoscope could find something amazing. He noticed not too distant past not only haunting the present but actually, literally eating away a significant part of its aristocracy.

The photo Kaleidoscope could manage to take is this. 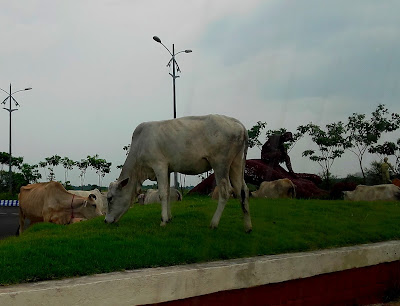 Lionel S Smith & Mark D E Fellowes 2013. Towards a Lawn without Grass: The journey of the imperfect lawn and its analogues. Studies in History of Gardens & Designed Landscape 33: 3,158-159
Posted by Suman Nath at 1:36 AM No comments: