Corruption, Facebook, Egyptian upheaval and us: A story of sleepy beings 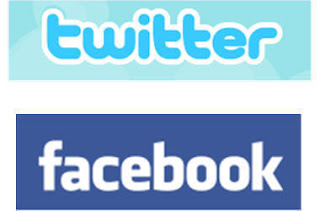 Kaleidoscope's Facebook:
kaleidoscope is yet to become and declare himself a professional facebooker. He often goes through the updates that keep pooping up on his wall whenever he turns the facebook page on. The threads mostly involve crispy and smart tags like: who said what to whom, Who is happily traveling across the country, who has finally got a 3G sim, who has spend some time with some special friends, or having anniversary dinner. At more frustrating level Kaleidoscope finds the purposive presentation of ones charismatic personality reflected in his reading, paper presentation, and so on. The list is never ending!
Corruption: who cares 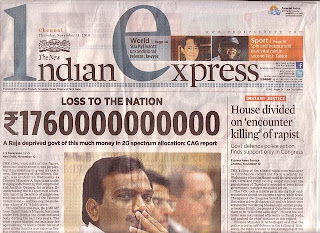 A study by International Advocacy Group in November 2010 argues that Global Financial Integrity found that Corruption, tax evation and trade Mispricing have cost India hundreds of billions of dollars over the past two decades. The Comptroller and Auditor General (CAG) reports that allocation of 2G spectrum licenses by department of Telecommunications have been done through gross violation. The report states that licenses were given at throwaway prices, ignoring the advice of the Prime Minister and Ministries of Law and Finance (CAG, 2011). These discrepancies cpst a presumptive loss of Rs. 1.76 lakh crore to the national exchequer.
Although, the example of 2G spectrum related corruption is huge, there are other sub-huge examples including scandals relating to Adarsh Hourins Society in Mumbai and the Commonwealth Games in New Delhi.
The corruption perception study shows that 75 percent of the people in India have first hand experience of paying bribe or influencing to get public services (Transparency.org 2010). 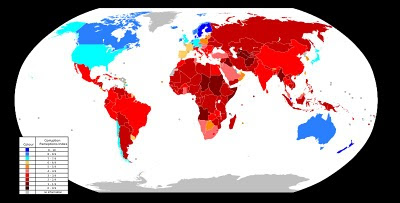 Perception of corruption across continents
Our learnt PM, the chief of UPA - II, after lasting demand for Joint Parliamentary Committee (JPC) to probe 2G spectrum scam finally agrees on JPC today (24.02.2011) and argues that all those found guilty would be punished (Netindian.in news). However, the culture of corruption remains and increases each passing day.
Egyptian upheaval: 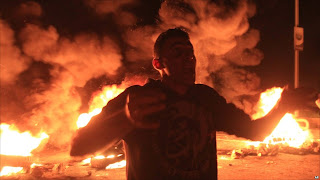 Since January 2011, Kaleidoscope's television screen is often filled with thousands of Egyptian people shouting for an exit of President Hosni Mubarak, who has ruled the country with an iron hand for 30 years.
Finally, Mr Mubarak steps down on February 11, 2011 owing to a movement that brings thousands of Egyptians at Tahrir Square.
The new generation postmodern time facebookers and twitterists have successfully used these social medias to spread and organise people to protest against and throw off a man who has virtually silenced voices against him (Topnews NZ, 2011). The wikileaks source in March 30, 2009 confirms that the government has jailed bloggers who have insulted either Mubarak or Islam. There were an estimated 160,000 bloggers in Egypt in 2009. The Egyptian authorities had even tried to block internet access.
The sleepy facebookers:
A quick search in available facebook groups indicates that among 9 anti-corruption India groups the membership range from 1 to 743 (Till 24. 2. 2011), while Kolkata's south city mall group has 429 members!
The feeling good/ bad and the other:
Kaleidoscope formulates these ad-hock arguments by relating seemingly unrelated matters: A) facebook - a space to present the good in you to initiate a thread of "meaningful conversation" with B) India's corrpution: one is least concerned until his 2G sim continues to work, and has a dream of purchasing a 3G device, and C) finally to the Upheaval - it is interesting to see thousands being gathered with a cup of evening coffee until the never-ending episode starts!
Kaleidoscope is part of the happy going crowd sharing the same attitudes, and is happy about he being a part of this sleepy public sphere!
However, sometimes, he finds whispers "If only he could learn to be more facebookish..."
REFERENCES:
CAG (2011). Report on 2G spectrum. Download from http://www.cag.gov.in/html/reports/civil/2010-11_19PA/contents.htm
Transparency.org (2010). download from http://www.transparency.org/policy_research/surveys_indices/cpi/2010/results
Washington post: Hosni Mubarak steps down
download from http://www.washingtonpost.com/wp-dyn/content/article/2011/02/11/AR2011021104283.html
Net Indian news (2011). Download from http://netindian.in/news/2011/02/24/00011225/pm-assures-parliament-those-guilty-corruption-would-be-punished
Topnewz.nz: Download from http://topnews.net.nz/content/211868-facebook-twitter-played-major-role-egypts-upheaval