Why did we fail to make Rizwanur a hero? 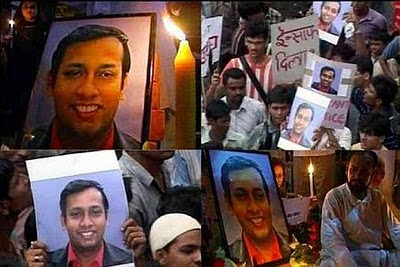 I don't know what happens to Rizwanur's case. Yeah, thats how we refer to Mr. Rizwanur - a case!

Okay, a case!
The final verdict according to CBI probe confirms Rizwanur's death as suicide (find here). However, CBI charged Ashok Todi, Pradip Todi, Anil Saraogi - all Priyanka's close relatives and former deputy commissioner Ajoy Kumar, ACP Sukanti Chakraborty, Sub Inspector Krishnendu Das and Mohiuddin Alias Pappu, who was the link between Todi's and police. They are said to responsible with abetment to suicide of Rizwanur. One of the investigating officers Arindam Manna is found death in 2009 (Find here). We are yet to know the actual phenomenon.

We don't know about future of this case.

The civil and voices: 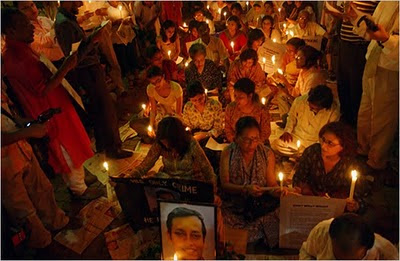 We have witnessed civil protests. Their demand for justice, and movement have a stake in quick disposal of the issue. Thanks to our conscious(?) civil society which raises voice, but, eventually fades out when politics enters.

Progress stopped: politics does not 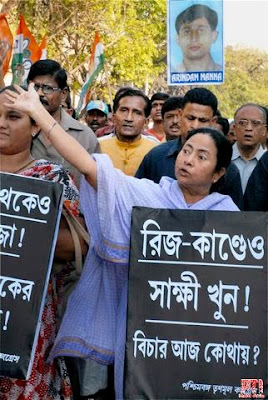 With time we witness politicisation of the tragic love story. We have seen Rizwanur's brother participating in election. His mother walking with Mamta Banerjee. As the mainstream politics enters, the civil tends to fade away.

Why did we fail to continue the process:

It is difficult to ascertain, but I wish to reflect on a few issues:

First, we are preoccupied.

Second, we are taught to be self centered during our early days of socialisation.

Third, Being for others is an impossibility.

Fourth, We have short memory.

The result:
We appreciate Bollywood films depicting cases like Rizwanur, but we fail to empathise real people and real life.

Farmers’ Suicide: The fragmented class and their unconsciousness 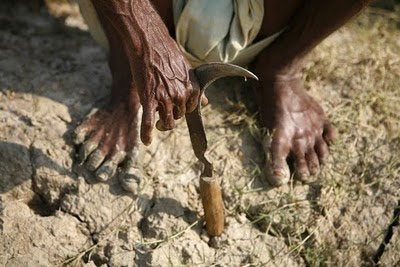 With his inquisitive mindset Kaleidoscope travels through some of the highest potato producing villages in a few months back. Last week one of the villagers calls him to inform that one of his research participants, Mr. X has committed suicide.

Apparently, it is a heated debate between Mr. X and his wife which compels Mr. X to consume pesticide to die eventually. Pretty straight in surface. However, underneath of this incident there is an endless story of his debt to the cold storage owner and local money lenders. Cumulated by the huge loss with potato cultivation and business for last two years.

What happens in potato business?

It’s a tricky game of investment and return. Sometimes you are paid enough. Sometimes your property is at stake. An unpredictable fluctuation can haunt you and can change you. Usually, the small scale cultivators invest in the business, as series of middlemen hinders them from profit making. When you are into the business, you are given loan from storage owners, middlemen, and local money lenders. Either you pay back with high rate of interest or you sell the “potato bond” – the paper containing information of stored potato. When you take loan, you are to exchange the “bond” to pay off or simply to sustain as the interest increases rapidly. When you exchange “bond” the buyer takes loan – again a debt remains unpaid.

A journey to nowhere!

A small scale farmer can have a big dream with potato investment. Kaleidoscope finds examples and rumours about investment in potato business and overnight profit. When, one enters in the business chain he is aided. With aids, and cheap availability of potato (highly perishable) he is easily motivated to invest even more. Eventually, even if the price raises, existing debt, family maintenance, and labour cost gives a marginal return.

What does it have to do with class consciousness?

While one might find difficulty in placing these phenomena with the concept of trade union, it is not difficult to understand the nature of exploitation through formal and informal channels. The small scale investors do not form a group. They are not organised, they do not have an organisation. The oligopoly of cold storages, coalition between existing power groups use this fragmented sector to maximise their utility.

Well, bringing class consciousness and organising their activities is a day dream. The sector is inherently fragmented in different ways including location, class, caste, religion, and political ideology.

Either we can wait for class consciousness to disembark and watch thousands (more than 17,500 farmers between 2002 – 2006, Patel, 2007) of farmers committing suicide which is increasing each year (Meeta and Rajivlochan, 2006) or we can raise our voices compelling our Govt. to come with concrete policy principally by breaking this oligopoly and developing micro credit facilities.
See for more details:
Harris-White, B. (2008). Rural Commercial Capital: Agricultural Markets in West bengal. New Delhi: Oxford University Press

Find my co-authored paper on recent political situation in rural West Bengal in Common Wealth Journal of Local Governance
click on the link:
http://epress.lib.uts.edu.au/ojs/index.php/cjlg/article/view/1490/1581
Posted by Suman Nath at 6:43 AM No comments: