Ride to a Time Machine: from Kolkata to Pakur! 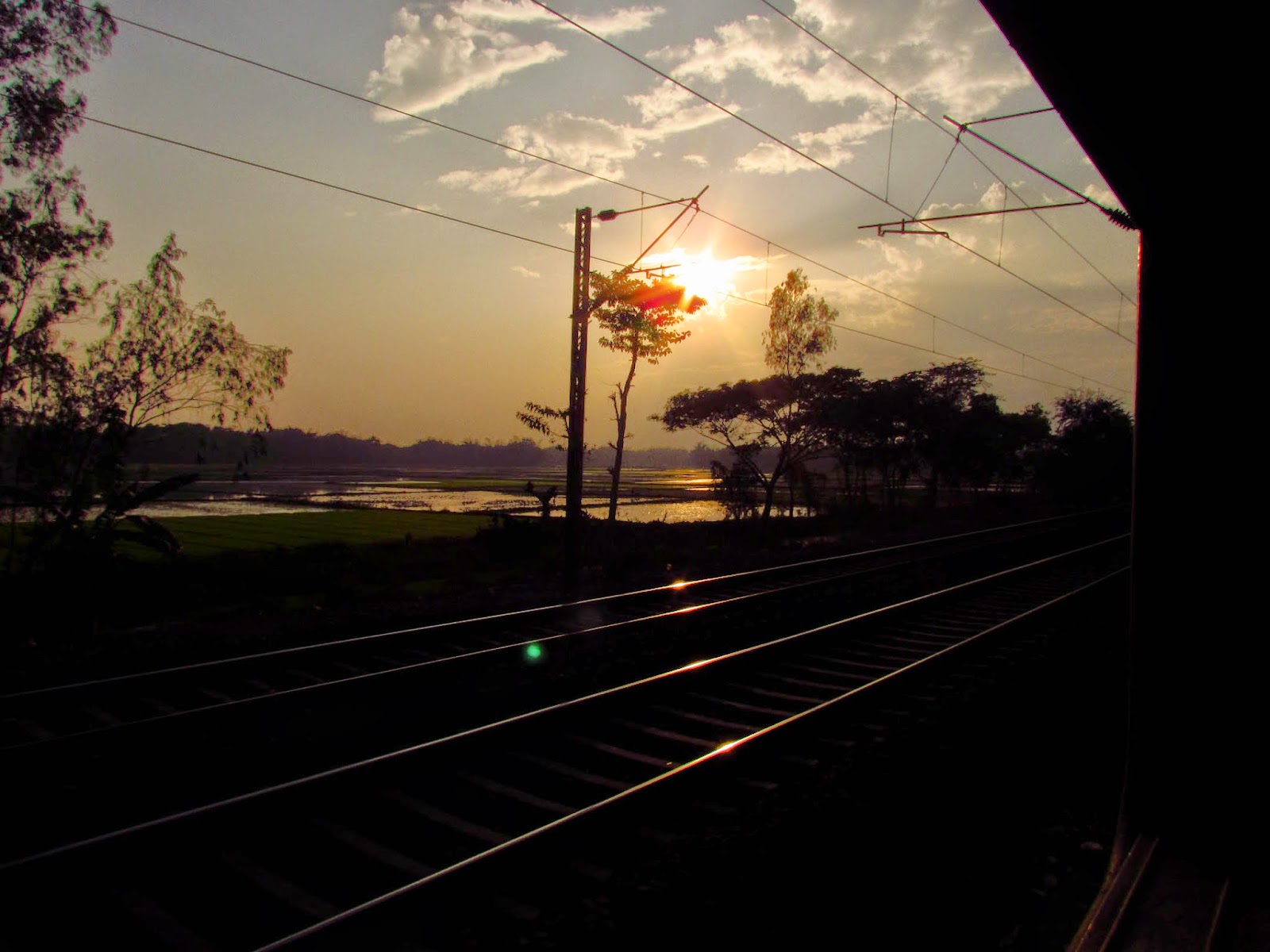 When Kaleidoscpe was making a long journey from Kolkata to Pakur to attend one of his close to heart colleague turned friend's marriage, he had a feel of everydayness of the country. Not because of the scenic beauty at both sides of the railway track or because of the over crowded compartments but because of an event of ticket checking. Kaleidoscope was trying concentrate on trees and their running shadows on the empty crop fields or the alien looking harvesters at work, suddenly a woman cries out for forgiveness and mercy.

Ticket inspector and the penalty:

A ticket inspector found out that a) the woman was carrying a local train ticket in an express train for two passengers, and b) that she was travelling with two more kids without ticket. She was emphasising on her inability to differentiate between an express train and a local train - a logic which the inspector and frankly others too found laughable. When this logic failed she argued "because I am a woman, I am weak and I can barely recognise the difference... I do not travel much..." (She was constantly sobbing). The inspector replied "now a day there is no difference between a man and and a Woman... you could not differentiate/ or intentionally ignored the difference is your fault and you have to pay the penalty." The cost of the penalty was about a thousand rupees. Which, of course the woman was unwilling to pay. The negotiation process continued for sometime and ultimately she paid Rs. 200/- as a penalty and took the receipt.

As the inspector went out, she started to make fun out of the railway system and felt proud to be able to negotiate so hard. As she was smiling Kaleidoscope could not hold himself and asked her kids about their age. The smallest one who has started preparing for getting admission to a secondary school replied that he is 2 years and 9 months old. The woman smiled "I told them to tell a lie, otherwise I had to buy a ticket."

The division within the Penalty:

Just when Kaleidoscope thought that he  had enough of the early stage of socialisation process, making his countrymen hypocrite, a man came and started to discuss about the receipt which the women had got. He asked for that receipt, and told her to hand it over to him as soon as she gets down from the train. It was needed and he agreed to pay fifty percent of the fine amount, i.e. 100/-. He needed that because he had bribed the inspector with Rs. 50/- which did not earn him a receipt. Since the woman had a local train ticket, as soon as she could get down from this train at the station, she would not be charged again. On the other hand this man somehow believed that there may be a second round of checking and if he could manage the receipt, he could escape further hazards.

The woman happily agreed and took away Rs. 100/- before getting down from the train saying: "I must buy a lottery today." Both of them looked happy.

Even when Kaleidoscope is writing he can feel those worlds somewhere being pronounced like a mantra "I told them to tell a lie, otherwise I had to buy a ticket."

Yes, Kaleidoscope on his journey from Kolkata to Pakur actually had a chance to ride on a time machine which started with the kid and perhaps (never)ended with the grown up man who took the receipt...
Posted by Suman Nath at 7:05 AM 1 comment: